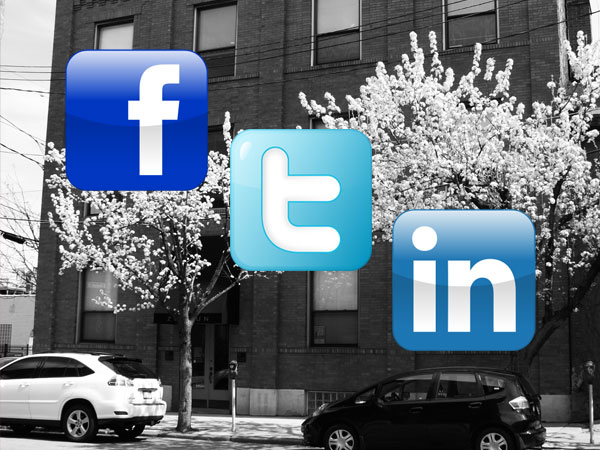 For two consecutive Thursdays, a group of Zoltunites embarked on an educational journey into the world of social media. This is the second post of a 2-part blog series detailing our experiences during a GETCreative course offered by The Art Institute of Pittsburgh. Read Part 1 here if you missed it.

For the second session of “Reaching Customers through Social Media” with Lauren Zito, we explored the business aspects of social media channels. We also discussed brand voice, the “do’s and don’ts” of social media, flash mobs, and Zoltun’s social media presence.

To begin, we reviewed different social networks: Facebook, Pinterest, Instagram, and others. The main takeaway was that it’s important for every business to pinpoint the right forums to use, based on the attributes of the channel, your strategy, and your goals. Not every network/channel is suited for every business.

Studying the Twitter success of the Kogi Korean BBQ food truck (@kogibbq), we started to understand the massive impact Twitter can have on sales, especially for a roving food truck that depends on people knowing where it is located in “real-time.” (More about Kogi’s success can be found here.)

Connecting to an engaged audience, Kogi attracts between 300 and 800 customers every time it parks, serving a combination of tacos and burritos. With an enormous number of followers (146k), all Kogi has to do is tweet the truck’s location and instantaneously a food line forms. Because of the owners’ initial push to have friends and family help with outreach (blogging, tweeting, branding), the truck’s following quickly grew. By pairing social media with immensely satisfying food, Kogi became a phenomenon in L.A.

Continuing the conversation about Twitter, we talked about how a brand’s voice is important to social media. Brands should tweet regularly and use short, consistently “voiced” messaging. A couple brands we looked at were Denny’s (@DennysDiner) and Netflix (@netflix). They engage customers in different ways, but both have a unique voice.

Denny’s uses playfulness and silliness when tweeting. Their feed bombards followers with pure “internet-speak.” Their improper capitalization techniques and tendency to keep their followers guessing about what’s next keeps Denny’s top-of-mind. One example is a recent tweet that read, “some of our favorite words: baked, cooked, fried, stewed, toasted.”

The strategy for Netflix is an interesting one too. Reading through this article, Netflix taught us a lesson about saving content, using an irreverent brand voice, and tweeting shareable information.

Timing is important on Twitter. Netflix releases information in bits, following an initial tweet of “breaking news.” This keeps followers coming back. They continually check Netflix’s feed for new info about their favorite shows.

Netflix’s tweets can step outside the bounds of properness, using words that are edgy and unexpected for such a well-known brand. The uniqueness, authenticity, and consistency of its sometimes-NSFW messaging keep its followers engaged, plus it prompts retweets solely from the standpoint of “look what Netflix said now.”

Netflix knows how to successfully promote its upcoming shows. It leverages the wider social media world by tweeting shareable content. As an example, each month when users might be thinking about cancelling their subscriptions, Netflix tweets teaser messages or content about upcoming programming. This helps create excitement around what is coming in the next month and is an easy retweet for entertainment outlets, thereby helping Netflix’s reach.

Lessen Your Risk of a Social Media Blunder

As for the “do’s and don’ts” of social media, well, we’ve all seen some major blunders by celebrities, sports figures, and brands. Though, we found that everyone is at risk. When discussing the case of Justine Sacco, we realized how one regrettable tweet can majorly affect someone’s life (read about it here). Social media can be beneficial or detrimental. It’s not something that is without consequence.

Lauren advised that brands should be careful with what they say and who they put in charge of their social media (be careful when giving an intern the keys!). With some planning, brands can maintain their professionalism while still being unique and creative. A few key thoughts from our discussion:

• DO focus on being relevant while using your brand voice
• DO embrace customer engagement
• DO have a strategy and tactics that bring it to life
• DO explore posting techniques like leaking pieces of information one-by-one or vaguebooking (the “art” of being vague in order to elicit responses from followers)
• DON’T ignore comments or feedback; reply appropriately and apologize if necessary
• DON’T bombard your followers with too many posts; follow a plan
• DON’T post private material that could hurt the brand you are associated with

A fun part of our session was trying to understand the role of social media in creating flash mobs. A flash mob is a sudden, seemingly spontaneous activity usually planned through rapid online communication. A lot of times flash mobs incorporate dancing and singing…check out this one: The Sound of Music Flash Mob.

So why study flash mobs? Well, to begin with, The Sound of Music mob was staged in order to create a viral web video that would garner attention for a new Belgian TV show (that’s an important lesson in publicity right there!). Most importantly though, businesses need to remember that spreading messages using social media platforms is astoundingly efficient when it’s targeted, as illustrated by some of the organizational techniques of flash mobs (i.e., connecting with dance companies to recruit and rehearse prior to the stunt). Social media can be used when businesses need to activate their audience in real-time efforts, whether it’s a definitive action or creating a cognitive surplus, which is defined as tapping into the knowledge of many through engagement and collaboration. Social media empowers people. Businesses can harness that power.

Throughout our two class sessions, we kept coming back to Zoltun’s social media presence, trying to analyze it and improve it. Currently, we’re active on Facebook, LinkedIn, and Twitter.

In order to build our presence, hopefully gaining more attention and collaboration from our audiences, we’ll soon be instituting the knowledge from our GETCreative class. To see how we’re doing, follow us: